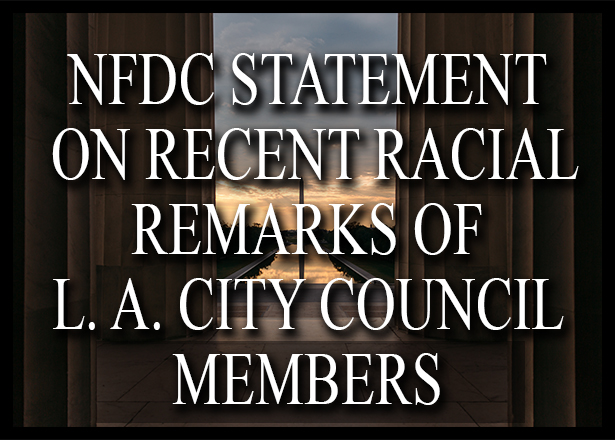 The revelation of anti-Black, racist comments on Sunday, October 9, 2022, by three members of Los Angeles City Council is disgusting and cannot go unchecked. Encouraging physical violence against Black children is utterly unacceptable and the disparagement of Black political power in Los Angeles, particularly by some of its most powerful elected city officials, should not be tolerated. The gravity of these egregious remarks is not lost on the New Frontier Democratic Club, the largest and oldest Black Democratic Club in California.

The City Council should take immediate and appropriate action to censure each of the members involved Angelenos, especially Black Angelenos, should not have to be subjected to the leadership of the City officials that harbor the anti-Black views that we have just seen recently expressed. We look forward to seeing how the Los Angeles City Council intends to ensure accountability.

We believe resignations are appropriate for those involved in this unfortunate discussion- either through their direct participation or through failure to provide leadership against anti-Black speech and actions. The City of Los Angeles will either be the example of justice or the conduit of activity against African Americans and other minorities at the highest level in its organization.

Mike Davis is the current President of the New Frontier Democratic Club. View all posts by MIKE DAVIS
March 21, 2021

Solidarity With The Asian Community

To every supporter, volunteer, and organizer who made another historic win possible, thank you.