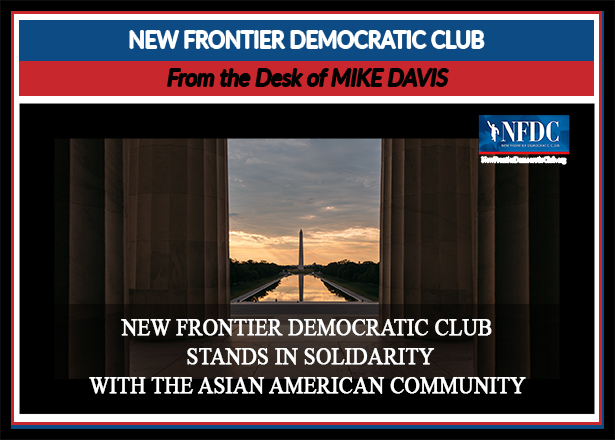 Dr. Martin Luther King, Jr. stated many years ago: “Injustice anywhere is a threat to justice everywhere.” “We have recently witnessed countless acts of intolerable behavior against minorities throughout our country. We must stand against both overt and covert racism in all the ways it appears. We must fight for inclusive public policy initiatives and against blatant acts of violence both within our environments and throughout other locations in our country where it exists,” Dr. Davis added.

New Frontier Democratic Club is the largest and oldest African American Democratic Club in California. It was started in Los Angeles after the 1960 Democratic National Convention where Senator John F. Kennedy inspired the nation with his speech motivating African Americans and others to get involved in the Democratic Party process. NFDC has been committed to help elect productive and concerned citizens to public office.

Mike Davis is the current President of the New Frontier Democratic Club. View all posts by MIKE DAVIS
March 21, 2021

Your Vote Is Your Voice

The Biden-Harris administration’s plan on combating COVID-19 has saved and continues to save lives.