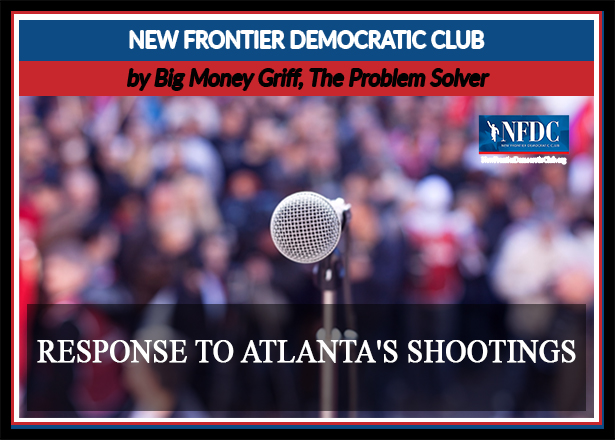 There’s no question the Tragedy that occurred by a young white Anglo Saxon was inexcusable. He Shot (3) of the eight Asian women in the Head. One or Two was shot in the face, they were all in their 40’s. This young man should be tried for Cold Blooded Murder!

As a member of one of the most Powerful, Political Black African American Organizations in Los Angeles, California,  We stand with our President of (NFDC) in solidarity. In addition I would like to Recommend, next week when Congresswomen Judy Chu Introduces the Covid (19) Bill that includes crimes against Humanity. I Recommend we add an addendum to that same bill requesting States and or Federal Government give a Finical Reward for the Person that caught the suspect on Video committing that Crime, against Humanity. Also in closing, I suggest Street watch groups, just like our Neighborhood watch Groups. I await your response!

Solidarity With The Asian Community

To every supporter, volunteer, and organizer who made another historic win possible, thank you.